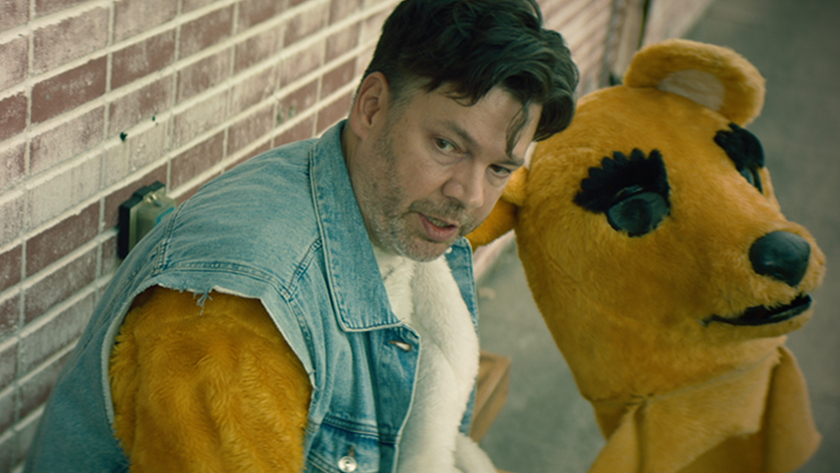 Nostos | United States | 17 | George Nicholas |
"Nostos" follows a beer-soaked recent NYC transplant as he attempts to get into his locked apartment after a wild night out. As we experience his reckless and drunken transit through the neighborhood, the film asks us to consider what "home" really means in an urban setting of rapid development and subsequently, displacement.

Customs | Norway | 14 | Armita Keyani |
A young backpacker visits a small Norwegian village, with a planning on staying with a host he's found through a Homestay app. He soon discovers that he has to make a difficult decision.

Reuben the Roller Roo | United States | 13 | Will Prescott |
Entertaining little kids, skating like a boss, dealing drugs to anyone willing to buy -- all in a day's work for Howie Chase, aka kangaroo mascot, REUBEN THE ROLLER ROO. Everybody loves him, except for Howie, who's recently been feeling like his questionable life decisions are catching up to him. His ex-wife won't return his calls, dealing drugs is getting riskier as clientele grows, and he swears someone has been following him. Howie knows it's only a matter of time before it all comes to a head and decides to try and get out before it ruins him.

Primal Therapy | Finland | 20 | Santtu Salminen |
A middle-aged man on the verge of a burnout seeks new energy through a very special form of self help therapy.

See You Garbage! | Canada | 17 | Romain Dumont |
See You Garbage! is a dramatic comedy that resembles a revolutionary tale, which attempts to explore the encounter between the well-coated contempt of the political class and a sudden awareness of its people.