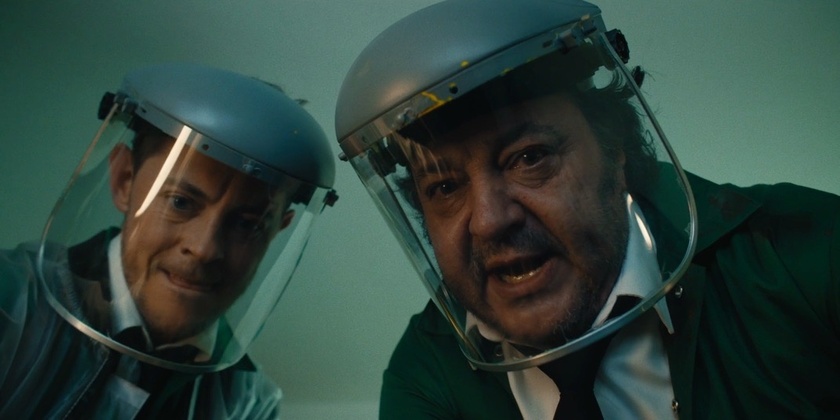 An Example of Lee-Roth Fog Isolated Under Laboratory Conditions | United States | 3 | Ryan Betschart |
Spiritual mists are a stand in for the nuts and bolts details surrounding the life of enigmatic Van Halen frontman David Lee Roth. A personality perfectly captured in eruptions of ecstatic sound.

The Dead Collectors | United Kingdom | 12 | Brendan Cleaves  |
During a pandemic in an alternate reality, two men have the job of collecting the deceased.

Jettison | United States | 11 | JJ Pollack |
A restless young woman ships off to fight an interstellar war, only to struggle with the effects of being cut off from her home by both time and space.

What a Harvest | United States | 15 | Austin Rivera Davison, Matt Shapiro |
A father tries to connect with his video game obsessed daughter, until he learns she hasn't been eating her meals.

Heart of Gold | France | 13 | Simon Filliot |
Who wouldn't give their all for a child? A mother sees an opportunity to escape the hardships of a life of poverty by selling her organs to a sick, very rich, elderly neighbor. And she hands over her own flesh in exchange for gold. Little by little, necessity gives way to a craving for more gold.

Human Trash | Spain | 17 | Aitor Almuedo |
A boy is thrown into a trash container from the future. In his frantic search for the exit, he runs into a mysterious man, who will make him doubt the origin of his own existence.

Deliver | United States | 14 | Hannah Dweck |
A young woman working as a surrogate at an upscale, remote facility uncovers a sinister truth hiding behind an idyllic facade.

Dana | Spain | 18 | Lucia Forner Segarra |
After being attacked one night, Diana believes that something must change and decides to do her justice. This is why she names herself "Dana", meaning "the one who does justice"