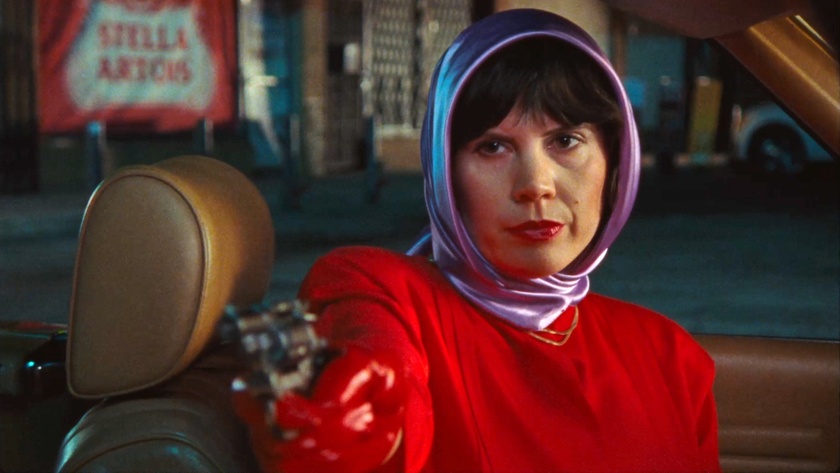 Rob in the Doghouse | United States | 10 | Emily Cates |
Rob is used to getting what he wants. Unthreatened by anyone, he does anything to survive a pandemic related apocalypse by taking more than enough food for himself during a shortage. During one armed robbery, he's met with an unlikely opponent who wishes to convert Rob into a loyal companion called Benny. Forced to dress and act like a dog or be subjugated to immobilizing pain from an enhanced shock collar, Rob struggles to escape his new reality.

The Blood of the Dinosaurs | United States | 18 | Joe Badon |
Uncle Bobbo teaches everyone where oil comes from. This is bookended by the history of the natural world, starting with the rise and fall of the dinosaurs. Then continuing with the violation of creation and with the recreation and rebirth of a more perfect humanity.

Pretty Pickle | United States | 13 | Jim Vendiola |
Part horror, comedy of manners, and romance, Pretty Pickle is a provocative probe of 21st century dating paranoias and the unpredictability of human secrecy. As Sam and Sam--Samuel, a young man, and his new girlfriend, Samantha--seemingly enjoy the "honeymoon phase" of their relationship, Samuel sinks down an Othellian spiral while privately dwelling on one of Samantha's persisting quirks, ultimately leading him to a nightmarish discovery.

Mantis Club | United States | 17 | Yalian Li |
In a world where females devour males after sex, a 17-year-old virgin Zack is asked on his first date.

OST. | Thailand, United States | 19 | Abhichoke Chandrasen |
A scoring assistant working on a horror feature film finds her debilitating perfectionism has manifested as the film's malevolent spirit who will not let her live past the night unless she delivers a perfect score.