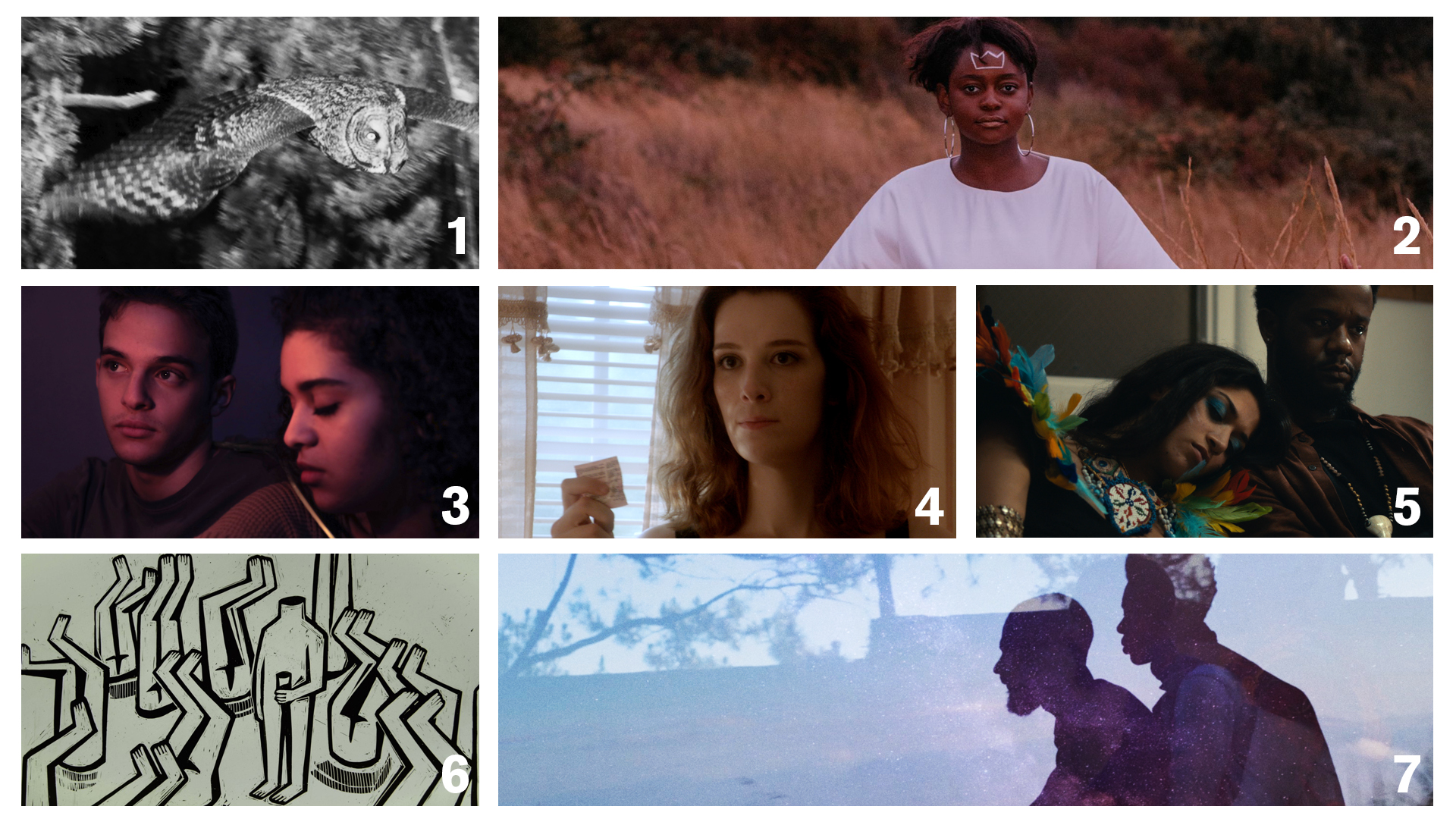 1. KESH
US | 3 MIN | 2018 | Vanessa Renwick
This video was made for the LP re-release of the cassette of Music and Poetry of the Kesh, a soundtrack that Todd Barton and Ursula K. Le Guin made to accompany her book Always Coming Home. Filmmakers will be in attendance.

2. Royaltee
US | 1 MIN | 2017 | Kamari Bright
Royaltee highlights the hidden nobility of even the persecuted parts of Black culture. Filmmaker will be in attendance. WA State Premiere

3. All That Remains
EGYPT | 4 MIN | 2018 | Zena AbdelBaky
An exploration of what the exchange would be like if two ex-lovers had honestly spoke their minds. One looking for closure while the other has already moved on, tension is sparked due to them holding back their truths. World Premiere

4. The Dress You Have On
US | 13 MIN | 2017 | Courtney Hope
A surprising find challenges a couple to question the foundation of their relationship. Filmmaker and cast will be in attendance. WA State Premiere

5. Like Salt
US | 25 MIN | 2018 | Darine Hotait
Hala, an Arab American female boxer in New York City, and Kendrick, an African American jazz musician, improvise their way through a passive aggressive America. Filmmaker will be in attendance. West Coast Premiere

6. Gros Chagrin (You will be fine)
FRANCE | 14 MIN | 2017 | CĂ©line Devaux
Give it time. Youâ€™ll get over it. Jean celebrates his birthday, gets drunk, and recalls the dreadful weekend that led to his break-up with Mathilde.

7. Fucked Like a Star
US, HAITI | 8 MIN | 2018 | Stefani Saintonge
A poetic meditation on womenâ€™s work and the dream life of ants set to the words of Toni Morrison.
WA State Premiere