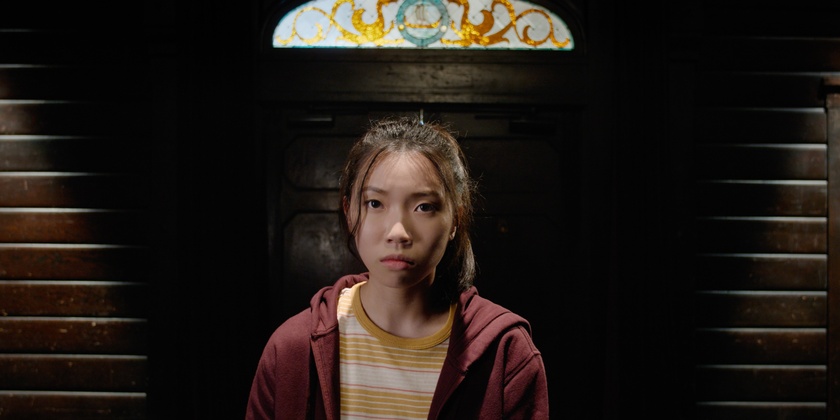 Some Part of Her | United States | 25 | Peter Johnson |
Jordyn is struggling with the guilt of surviving after losing her husband Michael in a car crash, which she blames on herself. When Michael starts showing up as a ghost trapped in her mirror, Jordyn seeks help to understand what is going on: Is he trying to tell her something? Is she going crazy? Or is it something darker?

Lioness | United States | 6 | Nicole Pouchet |
In Lioness, a prisoner struggles to reconcile her life as an unpaid laborer with her fantasy of a career as a lion handler. As her imagination invades reality, animation is incorporated into live action and unexpected opportunities arise. The film shines light on modern-day slavery in prison.

the fix | United States | 11 | Emilio Miguel Torres |
A working, single mother is forced to call her absent father for a last minute babysitting request. Although initially seen as a point of tension, the night proves to be healing for the family.

In the Water | United States | 10 | Drew Highlands |
While hooking up at a party, two high schoolers unearth a dark secret leading to an unexpected catharsis.

Through The Stars | United States | 16 | Ariel Danziger |
Through The Stars follows Casey Walker, a bright young girl who's physicist father goes missing and is presumed to be dead by everyone; except Casey. She watches painfully as those close to her move forward, seemingly without her. Believing she is still somehow interconnected to her dad, she enlists the help of her best friend Max to attempt their journey into another world.