Short Films 5: Nature is a Language 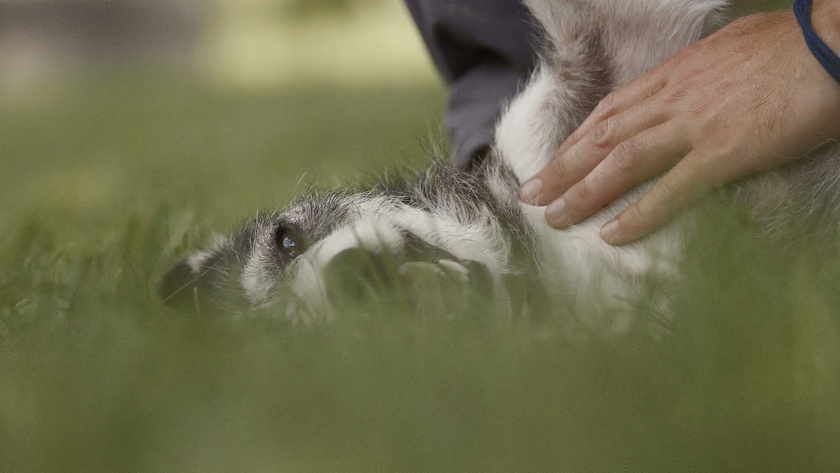 The Wind That Held Us Here | United States | 6 | Jack Cronin |
During their annual migration to Mexico, thousands of Monarch butterflies funnel into Point Pelee National Park in Leamington, Ontario, where they wait for calm weather in order to fly across Lake Erie. The Wind That Held Us Here uses images, sound and text, to explore the concept of transmigration. The visual style uses monochromatic tones to isolate the shapes of the natural features of the park, inviting the viewer to focus on the invisible, but always present wind.

Yaangna Plays Itself | United States | 8 | Adam Piron |
An ode to the memories of El Aliso, the sycamore tree that once stood at the center of Yaangna, the Indigenous Gabrieleno village that Los Angeles grew out from. All elements sourced in the film are from the original site and the nearby Los Angeles River.

Ancient Sunshine | United States | 20 | Jason Livingston |
A fossil cast in plastic, an artificial plateau, classic cars running on the fumes of the nation. Ancient Sunshine marks a path through fossil fuel extraction and climate defense in the American West. The film proposes solidarity against the violence by which "earth" becomes "resource."

Utah Tar Sands Resistance has been fighting experimental mining in the Tavaputs Plateau for almost a decade, setting up camp every summer in sight of heavy equipment and construction crews. The film asks, how might the concept of horizontalism be applied to the physical horizon, its decimation, and to capital's propensity for vertical extrication?

Ancient Sunshine interweaves the endless remaking of the Western landscape with labor history, reflections on anarchist organization, and interspecies economies. Ancient Sunshine consists of interviews with the Utah Tar Sands Resistance primary organizers and other Utah land protectors, and sets their voices in and against an industrialized landscape. The film presents an array of voices, drawing attention to the role of resistance and kinship during times of threat and extinction. Toward a poetic solidarity, toward a formal politics.

Blue Room  | United States | 12 | Merete Mueller |
In two prisons in the Pacific Northwest, incarcerated men and women watch nature videos on loop. Blue Room is a meditation, and a provocation, on the human condition in prison and outside of it - exploring trauma, confinement and the wilderness.

Adjusting (Prilagodeni) | Serbia | 20 | Dejan Petrovic |
A unique shelter for dogs in Europe, it is a place where animal controllers bring stray dogs impounded daily on the outskirts of the city. Showing the process of training these dogs, the film Adjusting, itself a metaphor, deals with a current social issue - the subjugation of the individual to the will of authority. Establishing a parallel between dog shelters and societies, the film re-examines the hierarchies of power, as well as the relativity of any authority that renders us obedient through the exercise of reward and punishment.

Our Ark | Netherlands, United States, Turkey | 13 | Deniz Tortum & Kathryn Hamilton |
Our Ark is an essay film on our efforts to create a virtual replica of the real world.