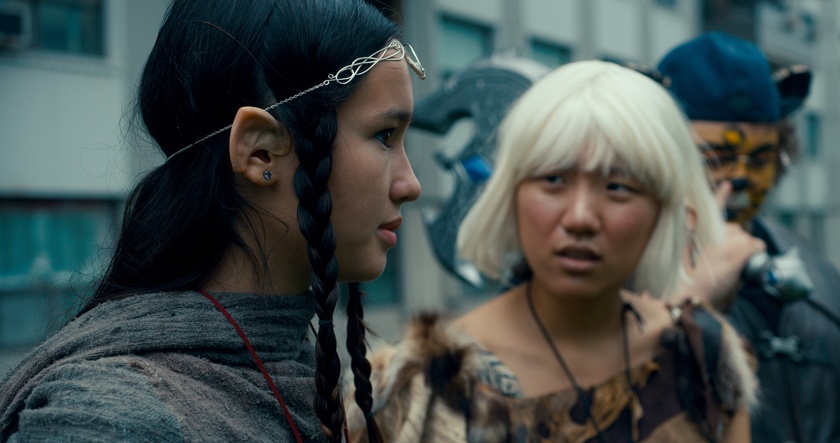 The Current | United States | 7 | Megan Chumbley |
Following a night of connection, Oliver is haunted by the question: did I just sexually assault someone?

Paper Geese | United States | 14 | Elizabeth Chatelain |
After an unsuccessful goose hunt, a young girl grapples with seeing her father in a new light.

The Diaper Cake  | Ukraine | 18 | Anastasia Babenko |
After the celebratory night, a young father Vitya visits his wife Lena and their newborn son at the maternity hospital. As the new parents are trying to wake their baby for feeding, they deal with the irreversible changes in their lives and with each other. Meanwhile, the diaper cake silently sits in the room, like a time bomb.

By Way of Water | United States | 18 | Alexander Spenser |
On this day, we follow Cedar and R.E, two runaways who live together in a car. They go about their life until R.E unexpectedly announces her decision to go back with her family, leaving Cedar to face an uncertain future.

asi en la tierra como en el cielo | United States | 12 | Mireya Martinez |
Three siblings are forced to confront the state of their lives as they mourn the death of a close uncle.

Break Any Spell | Canada, United States | 13 | Anton Josef |
In this collision of reality and fantasy, a teenage girl uses Live- Action-Role-Playing (LARPing) to cope and escape from her mother, who suffers from early-onset Alzheimer's.