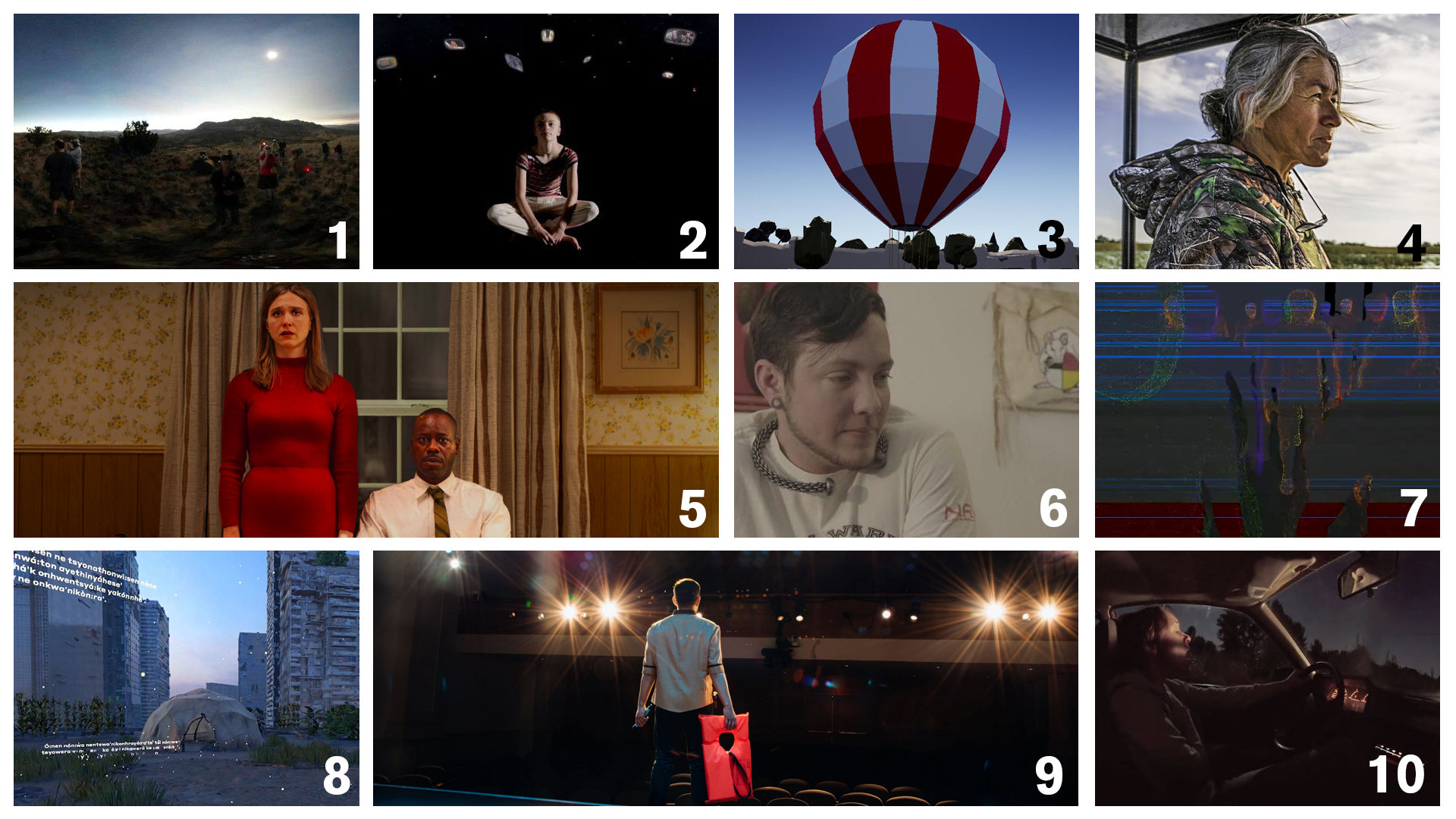 The works we have selected allow the viewer to experience both sensory wonder and empathy in ways that only VR can provide.

Filmed from a majestic hilltop overlook in the remote Oregon high desert during the American eclipse of August 21, 2017. This short spans totality during which the rapidly encroaching shadow of the moon turns day into twilight.

Russian mother and son narrate this documentary which traces their nightmarish past in the USSR. Told through striking reenactment tableaus, the experience follows young Elena as she becomes a mailorder-bride to insure that her gay son, Potato, has a brighter future in the US.

While launching into the heavens on a balloon rideās experimental flight, you find yourself overlooking a wondrous land calling out to be explored. Created by UpliftVR.

An immersive journey to remote regions of the Everglades, one of the most diverse swamps in the world. From the tree tops of urban swamps to the pristine sloughs of the Fakahatchee, discover with passionate protectors of Floridaās wetlands.

A 3D virtual reality experience based on the true story of Betty and Barney Hill, an interracial couple who in 1961 reported the first nationally known UFO abduction. The film takes viewers on an immersive and intimate journey through the supernatural events.

Aiden Crawford, a Two-Spirit artist and historian in Boise, Idaho, struggles to preserve and revive his heritage in an intergenerational struggle to learn, educate, and pass down the wisdom of his First Nations Two Spirit elders.

An interactive, experimental virtual reality artwork. It is a disappointment simulator, a best-artist-ever-all-the-time artist simulator, a hospice simulator. The experience speaks to the art making process, impostor syndrome, decay, archives on the moon, and a persistent exile.

Rooted in Indigenous futurism, Biidaaban is an interactive time-jump into a highly realisticāand radically differentāToronto of tomorrow. As users explore this altered city now reclaimed by nature, they must think about their place in history and ultimately their role in the future.

A Filipino cruise ship cleaner finally gets a chance to perform an opera aria in the crew talent show, but when the show is cancelled he still finds a way to sing.

Arcadia Flats is a cinematic 360 experience that follows Alice (Jessica Martin) as she attempts to outrun supernatural forces. Ivan (Evan Mosher) comes across her car on a dark, deserted road. Will either of them survive the night?

Established at TFF in 2016, the Veldt VR studio explores a new frontier of cinema - what questions and opportunities does virtual reality offer?

In naming The Veldt we were inspired by Ray Bradbury's classic story of two children who explore the mystery of a virtual African plain. Bradbury foresaw that entertainment technology could hold both amazing promise and unforeseen consequences.

As a festival obsessed with the interaction of film, literature, and media, we wanted our VR project to evoke the wonder and anxiety that Bradbury captured over 65 years ago.