Michael Fassbender stars as a man looking to escape the ways of his outlaw family in the crime action drama TRESPASS AGAINST US. Brendan Gleeson also stars.

AFTER PARTY AT EUROPA BISTRO
Head down the street for an after party in the heart of the Proctor District at Europa Bistro. Show your ticket stub to receive 20% off your order (VIP pass holders receive free appetizers and 1 free alcoholic drink). Space at Europa Bistro is limited and available on a first-come, first served basis. 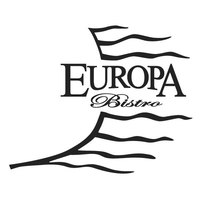 A fantastic score by The Chemical Brothers adds some emotional heft to support flawless performances all around.

Darren Ruecker, We Got This Covered

Dynamic storytelling and powerful performances bring out the pathos in an unusual tale of conflicting loyalties set on the criminal edges of a travelling community.