The Tacoma Film Festival has been proudly hosted by The Grand Cinema in Tacoma, WA, since the festival's inception in 2006. Located on the edge of downtown Tacoma's theater district, The Grand Cinema is Pierce County's only nonprofit, art-house cinema showcasing independent, foreign, and local films. The cinema is supported by dedicated volunteers, committed members, and a vibrant Board of Directors and small but mighty staff team. 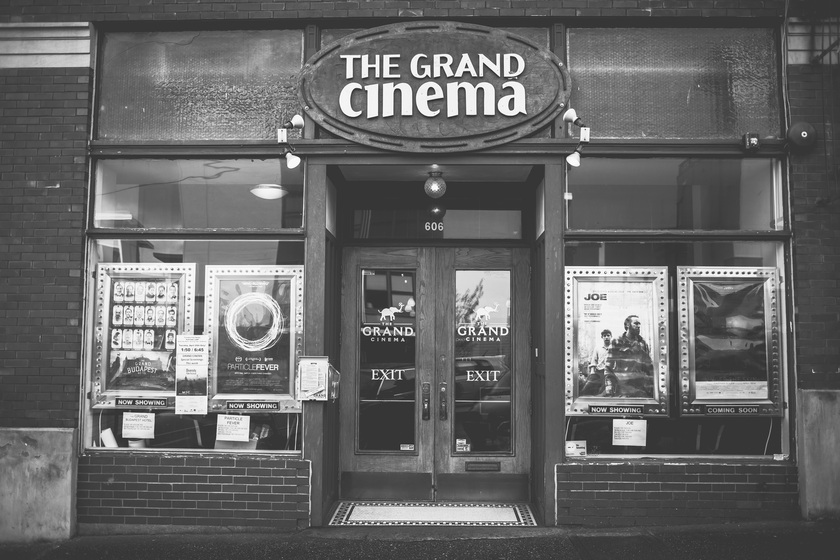 Find some of the best popcorn in town (which happens to be vegan) plus an array of savory and sweet treats, locally made ice cream and cookies, and beer and wine sourced regionally from the Pacific Northwest.

The Grand has been named the Best Indie Theater by Best of Western Washington, Evening Magazine, and the Best of The South Sound multiple times. Read more or check out the wall of awards in theater when you visit.

Parking is available on street and in a paid parking lot next door to the cinema (parking in this lot is free after 4:00 PM each day). Members of The Grand Cinema have the option of parking in a members-only lot.

© 2021 The Grand Cinema. All rights reserved. Site Designed by SiteCrafting.