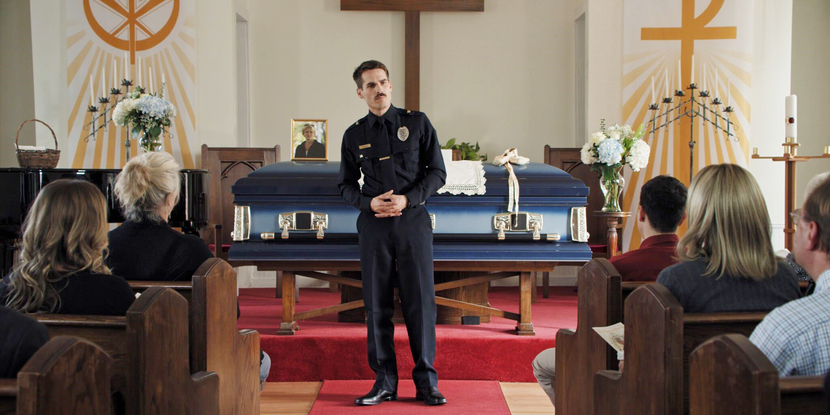 Venture over to Tacoma's oldest cinema, the historic Blue Mouse Theatre for a feature film perfect for a Friday date night. Come solo, come with a friend, come with a heart throb -- just make sure to check out this once-a-year indie film event!

Writer-director-star Jim Cummings adapted his acclaimed short film Thunder Road (TFF 2016) into a poignantly humorous feature. Cummings plays a flawed police officer whose shambolic life is made worse by his mother’s passing. Unable to change for the better, his daughter is his only stability (Kendal Farr), who he tries to father in the best way he can.

Join the festival-crowd at Peaks & Pints for a FESTIVAL HAPPY HOUR from 3-7 p.m. before the screening of Thunder Road! Enjoy great happy hour food and beverage specials before heading over to the Blue Mouse Theatre for the film.