Indie Distribution: What Works & What's Next 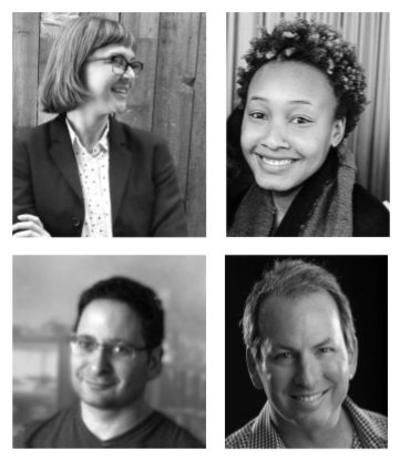 Grand Cinema, Theater 2
Curious about independent film distribution and marketing? Learn from the pros: moderated by Ryan Ann Davis of Smarthouse Creative, hear from Evan Saxon of Abramorama, Ayo Kepher-Maat of The Film Arcade, and David Averbach of The Film Collaborative as they explore the current climate of independent film distribution, and share their expertise on future trends. The panel will be followed by a Q&A.

This panel is free and open to the public but space is limited. We recommend you claim your free ticket in advance.

Ayo Kepher-Maat is an Acquisitions Coordinator at The Film Arcade, an independent film distributor. Recent releases included I Do...​ Until I Don’t, Don’t Think Twice, James White, People Places Things, Unexpected, Song One, and Afternoon Delight. Ayo previously worked in the Film Finance and Sales Group at Creative Artist Agency, the world’s leading entertainment and sports agency. Upon graduating from California State University, Northridge with a degree in Cinema and Television Arts, she interned at various film organizations including the International Documentary Association, Sundance Institute, and the 2013 Sundance Film Festival.

David Averbach is Creative Director and Director of Digital Distribution Initiatives at The Film Collaborative. He has advised hundreds of filmmakers on DIY digital distribution, and has guided over 50 films through TFC’s Digital Distribution programs. He also provides graphic design support to filmmakers in the form of key art and website design. David holds a Ph.D. from the University of California, Berkeley, where he studied Japanese literature and film.

Evan Saxon is the West Coast Head of Acquisitions & Business Development for Abramorama. An entertainment industry entrepreneur with a focus on innovating marketing and distribution, Evan has developed campaigns for Academy Award winning filmmakers, studios including Fox, and The Weinstein Company, and artists such as The Beatles, Pearl Jam, Led Zeppelin, Shakira, My Morning Jacket, The Clash, REM, Sigur Ros, and others. Films distributed by Evan include CBGB starring Alan Rickman, Legacy starring Idris Alba, I Am Bruce Lee, & Tattoo Nation among others.

Ryan Davis (@indieartsvoice) is a film publicist and communications professional with ten years experience in film and arts marketing. She is co-founder and principal at Smarthouse, a full service marketing and strategy company specializing in independent film. Named by Media Inc. as one of Washington State's most influential women in film, TV, and media, Ryan has worked in almost every aspect of the film business--from production and festivals to distribution, exhibition and sales. Ryan worked for Arab Film Distribution/Typecast Films where she was part of the production and release of the Academy Award-nominated Iraq in Fragments. She has worked for a variety of nonprofit arts groups and organizations, including heading the marketing departments for Northwest Film Forum and Northwest Folklife, and was the assistant director of Couch Fest Films from 2010-2014.