The VR Vanguard: Meet the Creators of The Veldt's Immersive Stories 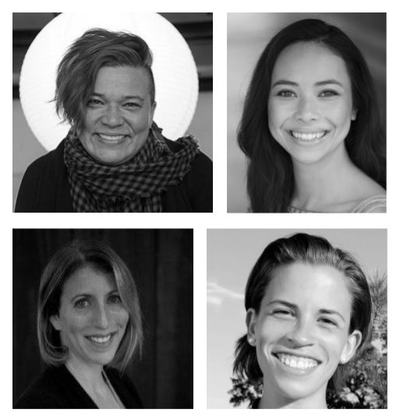 Special thanks to our sponsor and Veldt organizer, Wondertek Labs, for bringing this panel together.

This panel is free and open to the public, but space is limited, please arrive at King's Books early.

Michaella Vu is a virtual reality director with an extensive film background behind & in front of the camera. She premiered her first VR film Neural Path at VRTO 2016 & has exhibited at numerous events. She continues to create immersive filmmaking, exploring new technologies such as Janus VR (the immersive web), Google Tango, & Artificial Intelligences, marrying mediums to find innovative & non-linears ways to tell stories.

Jessica Kantor is a VR director. Her films include THE ARCHER, DINNER PARTY, ASHES which premiered at Tribeca Film Festival, & BE A T-REX IN VIRTUAL REALITY (featured on Youtube’s Best of 360 List), among others. Selected for Oculus’ VR for Good program Jess is creating an immersive piece with Infinite Flow, a wheelchair dance company; she launched the VR Dance Project which has released 4 original dance pieces with 2 in production as part of Google’s JUMP start program; & created 360 videos for Miller Lite/ Pride.com, RallyBound, & Wiser Distillery. Jess has presented at the North Carolina School of the Arts, Cucalorus Film Festival, New Orleans Film Festival, International Center of Photography & the Sundance Film Festival.

Christine T. Berg was born in Thailand, raised an army brat, and served eight years as a Russian linguist and Blackhawk helicopter crewmember in the American Army. She holds an MFA in Film and Television Production from USC. Her current film “Wonder Buffalo” was developed by Christine and her partner Simon Shterenberg at the Writers Guild Foundation’s Veterans Writing Program and granted the 2016 Innovative Technology Award from the Entertainment Technology Center at USC which gave them an opportunity to make a short movie and an additional VR project. Wonder Buffalo: The VR Experience was a finalist in the Television Academy’s new juried Emmy category - Innovation In Interactive Programming. Netflix acquired the dramatic feature BURNING SANDS co-written by Christine, which premiered at Sundance 2017.

Malia Probst is an VR/AR producer, connector & host: she is co-founder of Reality Inspired, a virtual reality for marketing and sales tools company focused on luxury brands, and Director of Brand Strategy for VRScout, an LA-based media/news publishing company and content studio. She also hosts and produces two podcasts in the mixed reality space: the Real Virtual Show, and the VRScout Report. Malia was born and raised in Indiana, now based in Los Angeles, was married on Pi Day (3/14/15), has a 12-lb terrier mix son named Bentley, and is passionate about any tools that empower humanity and raise the collective consciousness.
© 2022 . All rights reserved. Site Designed by SiteCrafting.