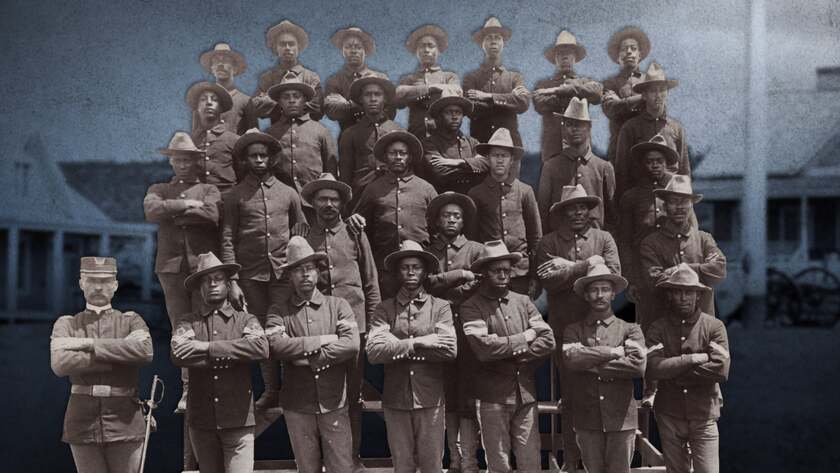 Established by Congress in 1867, Many African American men enlisted in exchange for full citizenship as promised by the 14th Amendment, but were denied this right by the Jim Crow laws established in the Reconstructionist South. Despite that, these patriotic men helped lead the United States expansion westward; they built and guarded the Pacific Railroad and served as park rangers in places like Yosemite before the U.S. government established the National Park Service.

These African American soldiers fought bravely in the Indian Wars, the Spanish-American War, the Philippine-American War, the Mexican Punitive Expedition, World War I & World War II, but the Buffalo Soldiers also participated in the subjugation of Native peoples as the United States appropriated tribal land, the persecution of striking silver miners in Idaho, and against Filipinos fighting for independence during the Spanish-American War, resulting in a complicated legacy.

It is particularly relevant today as our country is roiling with the agony of racial strife. By combining a multitude of diverse perspectives, the film examines the profound and often-contradictory roles played in American history by The Buffalo Soldiers, and how they fought on two very different sets of front lines: military conflicts abroad and civil rights struggles at home.