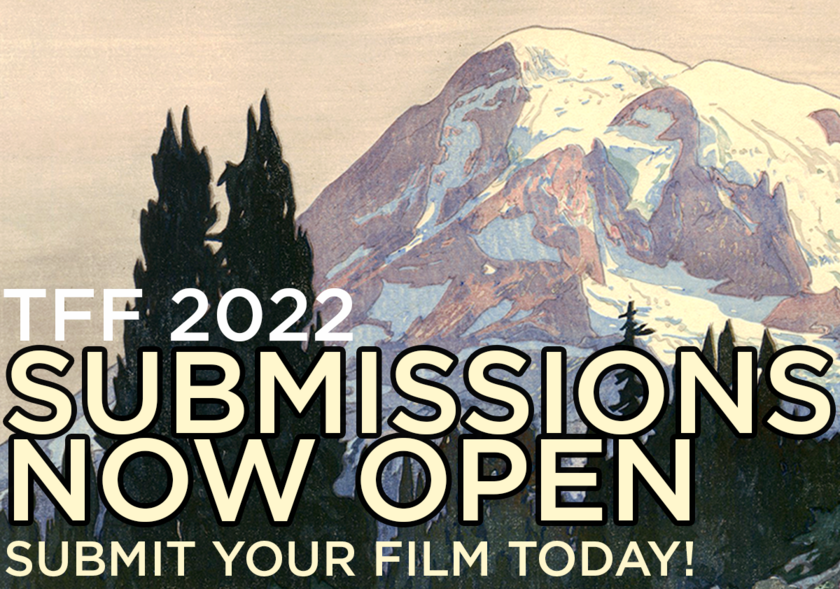 The Tacoma Film Festival is a celebration of independent film mirroring the diverse and eclectic sensibilities of Western Washington‚Äôs second largest city. Including selections from the Pacific Northwest and all over the world, TFF prides itself on showcasing the connectedness of local, national, and international film. It‚Äôs a great festival to connect with audiences, filmmakers, critics, and professionals because of the friendly, and collegial atmosphere throughout. The whole community gets behind the festival and makes it a really one-of-a-kind experience.

‚ÄúIt was one of the most diverse and current selection of films, shorts and new media that I have ever experienced in a film festival. I met people there that I will continue to be connected to for a long time.‚Äù ‚Äî Juan Carlos Zald√≠var, filmmaker

‚ÄúThe programming at TFF had such a progressive vision of cinema. The festival had a definite voice and created a warm atmosphere for filmmakers‚Ä¶‚Äù ‚Äî Masami Kawai, filmmaker

Additional Jury Awards for Documentary and Narrative Features and Short Films.
All awards except Audience Choice awards decided by a jury composed of filmmakers, film programmers, critics, and/or industry professionals.

Films are placed in competition at the sole discretion of the Tacoma Film Festival.
© 2022 . All rights reserved. Site Designed by SiteCrafting.